Major thoroughfare inundated by lava in 2018 restored ahead of deadline.

The County of Hawai‘i Department of Public Works (DPW) is pleased to announce the reopening of Highway 132 in Pāhoa on Wednesday, November 27, 2019, at noon.

Highway 132 has been restored to its pre-inundation function with two paved travel lanes and shoulders. Rough grading included the excavation of 109,000 cubic yards of lava rock. Additional work included fine grading the roadway and shoulders, paving with asphalt concrete base, as well as installing striping, markers, and signage.

Initial construction costs were estimated at $12 million. However, design was done in-house and construction managed and inspected by the DPW Engineering Division, reducing costs to approximately $6.5 million, which is the amount the Federal Highway Administration (FHWA) has obligated for reimbursement. Construction was done mostly via equipment rental contracts and regular contracts for paving, signing, and striping.

Highway restoration started June 10, 2019 with an initial completion deadline of October 5, 2019, in order to receive 100 percent federal reimbursement. However, after construction personnel encountered hot surface temperatures of more than 700 degrees in the lower portion of the road, DPW requested and received a three-month extension from FHWA. The County completed work well before the revised deadline of January 5, 2020.

Restoring the road will provide access for residents with properties in the kipuka to return to their homes and businesses; provide shorter commute to residents and businesses beyond the lava inundation on Old Government Beach Road; and facilitate emergency response in the area. 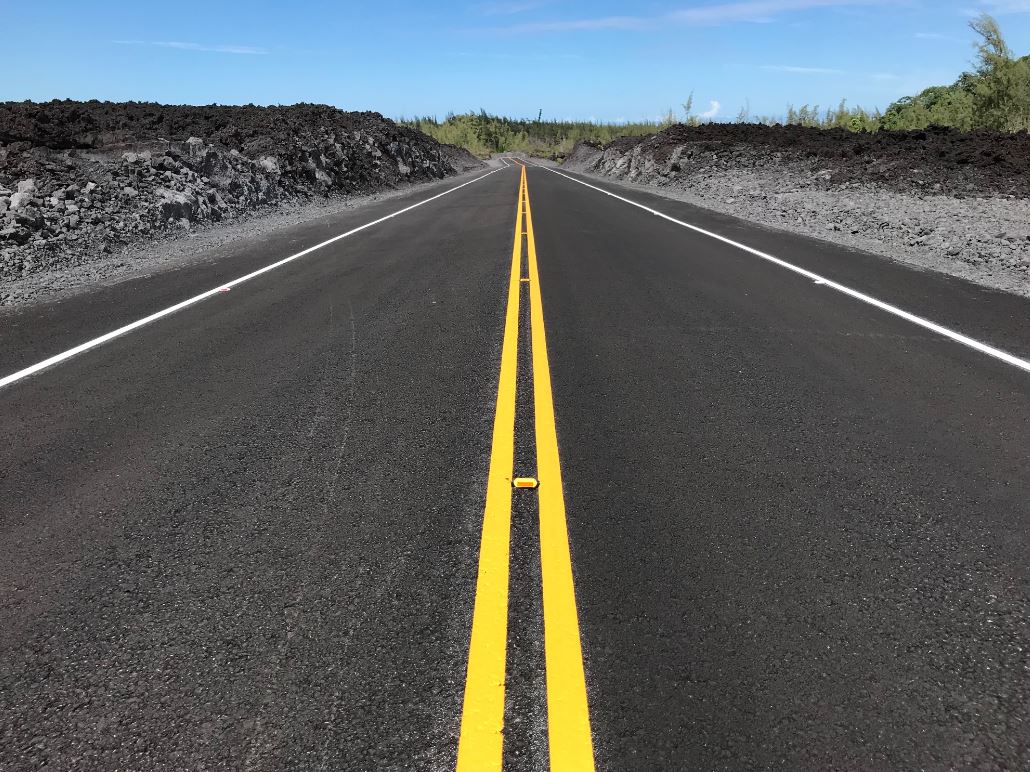