The U.S. Sister City Program formally began in 1956 when President Dwight D. Eisenhower proposed a people-to-people, citizen diplomacy initiative. It was originally a program of the National League of Cities, and Sister Cities International became a separate corporation in 1967 due to the growth and popularity of the U.S. program.

Article 31, Section 2 of the Hawai‘i County Code institutes the criteria and formal procedures for the formation of a sister city relationship. It states the County of Hawai‘i may consider the establishment of a sister city relationship with a city or county that a) shares a historical, cultural or ethnic relationship with the people of our county; b) offers reciprocative educational, technological, or economic benefits, including special knowledge, know-how or expertise that is beneficial to our businesses, industries, and labor force, c) is similar in population size or character, which makes for analogous problems and concerns and the opportunity to exchange meaningful ideas and applicable solutions for either or both places, or d) recognizes other common bonds that are mutually beneficial to the citizens of both places and serve as a liaison for the exchange of information and other lifestyle and practical values.

A sister city relationship is established by the adoption of a council resolution, and the signing of a formal agreement between the Mayor of the County of Hawai‘i and the appropriate public official of the proposed sister city that such ties exist. Hawai‘i Island’s first sister city, Oshima Island in Japan was established in 1962. 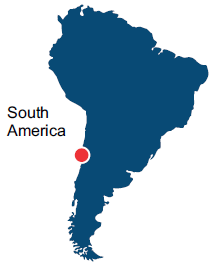 Sister City relationship between the County of Hawai‘i and La Serena was established on November 30, 1994.  La Serena, home of Gemini’s southern twin telescope, is a beach-side city located in northern Chile.  An important tourist destination because of its beaches, its population doubles during the summer.  La Serena is also home to the Roman Catholic Archdiocese of La Serena, one of five Catholic Archdioceses of the Catholic Church in Chile.

During a visit in 1994 by Dr. and Mrs. Malcolm Smith to participate in the  groundbreaking of the Gemini telescope, Mrs. Smith brought a letter from Adriana Penafiel Villafane, Mayor of La Serena expressing her interest in a Sister City relationship.  Dr. Smith, who had been the head of the Joint Astronomy Center in Hilo and Mauna Kea was the Director of the Observatorio Interamericano Cerro Tololo and the Auro Observatory in Chile near the City of La Serena, where the Gemini’s twin telescope is located.  The establishment of this Sister City relationship was based on the scientific link of our astronomy communities and the potential technological benefits to both areas. 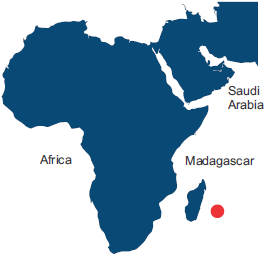 Sister City relationship between the County of Hawai‘i and La Reunion was established on January 4, 2012.  La Reunion is a French Island located in the Indian Ocean east of Madagascar.  Sugar was traditionally the chief agricultural product and export, but tourism is now the main source of income.

The establishment of this Sister City relationship was based on our many similarities.  Both islands are located in the middle of vast oceans, and are situated over volcanic hot spots. La Reunion’s active volcano, Piton de la Fournais (“Peak of the Furnace”) is listed among earth’s most active volcanoes and last erupted in 2010.  It stands 8,632 feet above sea level, and like Kilauea, is a shield volcano.

Other similarities between the two islands include a multicultural population.  Both islands have dense rainforests, a high level of endemism, and are home to white-tailed tropic birds.  La Reunion also has olivine, and therefore, green sand beaches.

Sister City relationship between Hawai‘i County and Kumejima, Okinawa was established on May 17, 2011.  It is well known for its textiles, Okinawan sake and deep sea water. Kumejima’s main industry is sugar cane and tourism.

This Sister City relationship was established based on shared commonalities - Kumejima and Hawai‘i Island are two of the few locations in the world where a deep-sea pipe has the ability to bring up cold sea water, an asset with the potential to meet three of the world’s most pressing needs:  food, clean energy and fresh water. The development of Kumejima’s Ocean Thermal Energy Conversion plant occurred in tandem with the development of OTEC on Hawai‘i Island. The pioneer of OTEC in Kumejima, Dr. Yasuyuki Ikegami, was a close friend of Hawai‘i Island’s late Guy Toyama. It’s OTEC (Ocean Thermal Energy Conversion) plant is the only fully operational OTEC facility in the world.

Kumejima and the County of Hawai‘i have also established a student exchange program between Kumejima High School and Konawaena High School.

Sister City relationship between Hawai‘i County and Nago City was established in April, 1986. Nago City is located in the northern part of Okinawa Island. It is best known for being the first place in Japan where the cherry blossoms bloom. Crowds flock here each year in late January to take part in the city’s huge Cherry Blossom Festival… similar to Hawai‘i Island’s Cherry Blossom Festival in Waimea.

Nago City is a tourist town, with many scenic landscapes, resorts and theme parks.  Pineapple is one of Okinawa’s prize crops, and it is the main focus at Nago’s Pineapple Park. Visitors ride pineapple carts to see pineapples growing along with other fruits and flowers similar to Hawai‘i such as bromeliads and anthuriums. Also featured are activities such as pineapple fruit and wine tasting, as well as a multitude of pineapple related foods. Pineapple souvenirs such as pineapple beauty products, t-shirts, and other trinkets are available at the park’s pineapple gift shop.

Nago City is home to Orion Breweries, the 5th most popular selling beer in Japan. The brewery is one of Nago City’s most popular tourist destination, allowing the visitor to view the entire brewing process ending with a free beer tasting.

The Hilo Haari Boat Race is held annually in August at the Wailoa State Park. Teams from Nago City visit Hilo every year to participate in this race. In 1990, the County of Hawai‘i received three Haari (sabani) boats from then Mayor Tetsuya Higa of Nago City.

Sister City relationship between Hawai‘i County and Ohshima Island was established on February 8, 1962. Ohshima, which means “Big Island”, is a volcanic island in the Izu Islands. It is home to waterfalls, valleys, black sand beaches, hot springs, camellias, and Mt. Mihara, an active volcano standing at 2,507 feet. The most recent eruption was in 1990. Mt. Mihara was prominently featured in The Return of Godzilla, and appeared again in the sequel, Godzilla vs. Biollante.

Sister City relationship between Hawai‘i County and Ikaho was established on January 22, 1997.  On February 20, 2006, Ikaho, along with the villages of Komochi and Onogami from the Kitagunma District, and the villages of Akagi and Kitatachibana from the Seta District all merged into the expanded city of Shibukawa.

Shibukawa is located in a central location and anyone going to a number of famous hot spring resorts such as Kuratsu, Shima, or Ikaho must pass through Shibukawa. Throughout Shibukawa there are fascinating hot springs that vary in nature, including Ikaho Onsen, one of the best hot springs in Japan.  Tourist facilities feature farms for touring seasonal flowers and nature, and a variety of museums.  Abundant water sources provide for industrial development.

In the same way that Mauna Kea is considered the piko of the Pacific Islands, Shibukawa is known as the Bellybutton of Japan. It hosts the Bellybutton Festival or Haso Matsuri Festival every year in late July, a festival based on a traditional Japanese form of entertainment where revelers paint a face on their torsos and stomachs and pretend it is a head. A kimono is then wrapped around the waist and the person’s real head is hidden by a large cloth hat. The belly button is traditionally painted into a mouth.

The Ikaho Hawaiian Festival is the largest hula festival in Japan.  It is held in late July – early August. The first festival was held in 1996. The Merrie Monarch’s winning halau is invited to perform along with many hula dancers from Japan. The festival features many performances as well as ukulele workshops and vendors selling Hawai‘i products.

Sister City relationship between Hawai‘i County and Sumoto City was established on August 9, 2000. It is located virtually in the center of Awaji Island, the largest island in the Seto Inland Sea.

Sumoto City is famous for Kobe Beef, Naruto oranges and Awaji onions. It has a humid subtropical climate with hot summers and cool winters.

In 2007, Hawai‘i Island sent a group of students from Hilo High School to Sumoto for the first time. As of 2014, there have been four groups that have traveled to Sumoto to participate in a student cultural and educational exchange.

Sister City relationship between Hawai‘i County and Hawai-Cho was established on October 16, 1996.  Hawai-Cho merged with other towns from the Tohaku District (Togo and Tomari), which all surround Lake Togo and became Yurihama on October 1, 2004.

Yurihama is well known for its hot springs near Lake Togo. It’s signature product is the 20th century pear.

The Yurihama City Hawaiian Festival takes place during the first weekend of July. 2014 will mark their 15th anniversary. Hula halau come from all over Japan to perform, and musicians and halau from Hawai‘i Island come to perform and teach hula. This week long event encourages the growth and sharing of hula, music & the culture of Hawai‘i with the people of Japan. It takes place at the Hawai‘i Aloha Hall, a town facility that provides music rooms, assembly halls and a large auditorium that can accommodate approximately 500 people.

Junior High School students from Yurihama and Hilo Intermediate School participate in an annual summer student exchange program. Students participate in their host school’s schedule of events that focus on cultural and educational activities.  This exchange continues to be a unique opportunity and a tremendous learning experience for all of the participating students.

Sister City relationship between Hawai‘i County and Ormoc, Philippines was established on September 14, 2011. Located in the province of Leyte, Ormoc is the economic, cultural, commercial and transportation hub of western Leyte.  On November 8, 2013, the city was largely destroyed by Super Typhoon Hayan, having previously suffered similar destruction and loss of life in 1991 during typhoon Thelma.

Ormoc’s economic base is a good mix of agriculture, aquaculture, industry, tourism, and commercial services.  Sugar cane, rice and pineapple are the bulk produce of the agricultural sector.

A large part of Ormoc’s power needs is supplied by its abundant geothermal power. Tongonan Hot Springs National Park is a valley of geothermal power source that can supply electricity to the whole region. Hawai‘i Island can learn from Ormoc City’s experiences to achieve similar successes in using geothermal energy.

In 2012, Mayor Billy Kenoi and a delegation of 14 visited Ormoc for a 3-day official visit.

Gokseong is the center of nature-friendly agriculture devoted to developing sustainable agriculture and restoring the environment. Hawai‘i County has partnered with several local community organizations to establish Sister City relationships to exchange and share in commonalities such as the economies of tourism, construction, agriculture and education.

A growing interest in natural farming played a big part in the establishment of this Sister City relationship. In 2008, Korean Natural Farming creator Master Cho Han demonstrated the method’s success during a tour of his Korean-based piggeries in Gokseong. In 2009, Sin Mook Kang, owner of Kang Farms in Mountain View, adopted the practice for his piggery outside of Kurtistown. It was the first of its kind in the United States to use innovative waste management technology.

In April 2012, Mayor Heo Nam Seok and a delegation of officials from Gokseong travelled to Hawai‘i Island to meet with Mayor Billy Kenoi and government and community leaders in their first official visit.