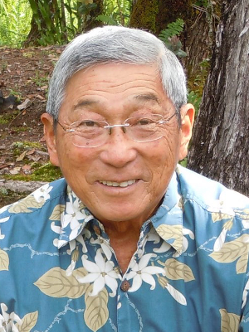 Harry Kim was educated at Southern Oregon State University, graduating with a Bachelor of Science, Education & Sociology and a Master of Science and Economics degrees. He was a medic in the U.S. Army and later a public high school and also a college teacher. He began working for the County of Hawaiʻi as the Law Enforcement Assistance Agency Director 1972-1976, Civil Defense Administrator 1976-2000, and a two-term Mayor from 2000-2008.

Harry served as an international advisor on natural disaster response systems for Indonesia, Thailand, Germany, Honduras; selected by National Academy of Sciences to review the volcanic hazards program of the U.S. Geological Survey; selected by UNESCO and UNDRO to be a contributor in the development of an emergency management handbook for volcanic events distributed by United Nations. 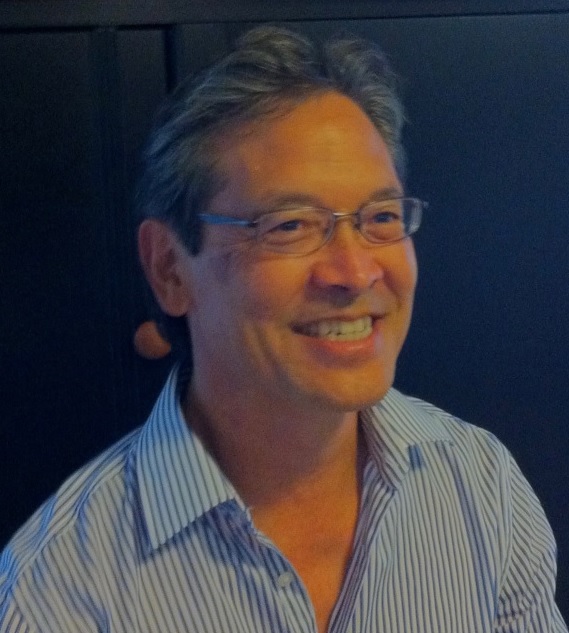 Roy worked as a private planning consultant prior to 2000 and after 2008. He has a bachelor’s degree in philosophy and environmental studies, a master’s degree in Urban and Regional Planning, and a law degree from the University of Hawai‘i.

Roy was raised near Wahiawa on O‘ahu. In 1991, he quit his job working for a hotel developer, married a Hilo girl and moved to Hilo to be among his wife’s and mother’s families. He has a son who graduated from college. Roy is a member of the Rotary Club of Hilo Bay, enjoys swimming, and is trying to learn tai chi.

Barbara was born and raised in North Kohala. She attended Kohala High School and Cannon’s Business College. Formerly a bank manager, she took an early retirement when she was first appointed by Mayor Kim in 2000. She recently celebrated 17 years with the mayor’s office.

Barbara strives to be actively involved in her community through leadership roles that benefit the community. She is a proud Rotarian and currently serves as the Rotary District 5000 Assistant District Governor for West Hawai’i. . She also serves on various boards such as the Kailua Village Business Improvement District, Kona Adult Day Center, Ahahui Ka’ahumanu, Kohala chapter, Ka Ulu Lauhala o Kona, Kailua-Kona Community Parade Association and several others. She has received numerous awards throughout her career. One such award, Soroptimist International’s Women of Distinction for her on going community work.

Barbara resides in Kailua-Kona with her husband Glenn and their mo’opuna live close by.

Rose Y. Bautista, Executive Assistant to Mayor Kim, was born in the Philippines and raised in North Kohala, Hawai’i. She earned a Bachelor’s Degree in Political Science from Mount St. Mary’s College - Los Angeles and a Juris Doctorate from the University of Puget Sound School of Law. Rose spent almost 20 years on the mainland where she practiced immigration law before returning home to the Big Island.

Most recently, Rose served as the Immigration Information Specialist for the County of Hawai’i when Mayor Kim appointed her in 2001. In that capacity, Rose assisted thousands of immigrants navigate through the complexities of immigration laws and procedures, provided support to immigrant victims of domestic violence, and initiated community outreach to the various districts around the island. Rose is active in many community organizations. In 2016, she received the Hawai’i Island YWCA’s “Remarkable People” award.

In her spare time, Rose enjoys travelling, being her husband’s roadie, and keeping up with her 2 college-age children.

Nancy moved to Hawai‘i in 1976. From 1992 until 2016 she lived on, and operated her 11-acre farm in Keauhou Mauka. She served on the Hawai‘i County Council, representing District 7, from 1998-2002, and later assisted in the community-based process that led to the drafting of the Kona Community Development Plan.

Nancy continues to be motivated by the goal of building partnerships between County government and the community.

Donna Urban-Higuchi is an Executive Assistant to Mayor Harry Kim.

Donna Urban-Higuchi was raised in Kona, Hawaii, attended Konawaena Elementary through High School, graduated from Cannon’s Business College and University of Hawaii at Hilo with a degree in Sociology. Donna’s passion is helping the underprivileged and marginalized communities, taught children with Learning Disabilities in Special Education, and fostered children in the State of Hawaii, volunteered in civic and church engagements for over thirty years. Donna is honored to work for the County of Hawaiʻi under the leadership of Mayor Harry Kim.

Mr. Messina is an Executive Assistant to Mayor Harry Kim. He was born and raised in Louisiana and moved with his wife to Hawaiʻi Island in 2006. He is a Navy Veteran, having served in numerous capacities ranging from combat to the Jag Corps as a Legal Specialist, where he earned his degree in Criminal Justice. Maurice is a current mentor in the Big Island Veterans Treatment Court and has managed numerous private and non-profit businesses in Hawaiʻi. Prior to being appointed as Executive Assistant, Maurice was the Deputy Director in the Department of Parks and Recreation. Prior to that, he was a Legal Assistant with the Hawaiʻi County Prosecutors Office focusing on community-related issues, special task forces, and cold-case investigations.

She is a former foreign correspondent in Japan, China and Hong Kong with Reuters news agency, the Associated Press, United Press International and NBC News.

She served as Public Relations Specialist during Mayor Kim’s first two terms (2001-2008), and joined the Department of Water Supply in 2008.

Married for 30 years to a wonderful man and the “mother” of four Golden Retrievers. 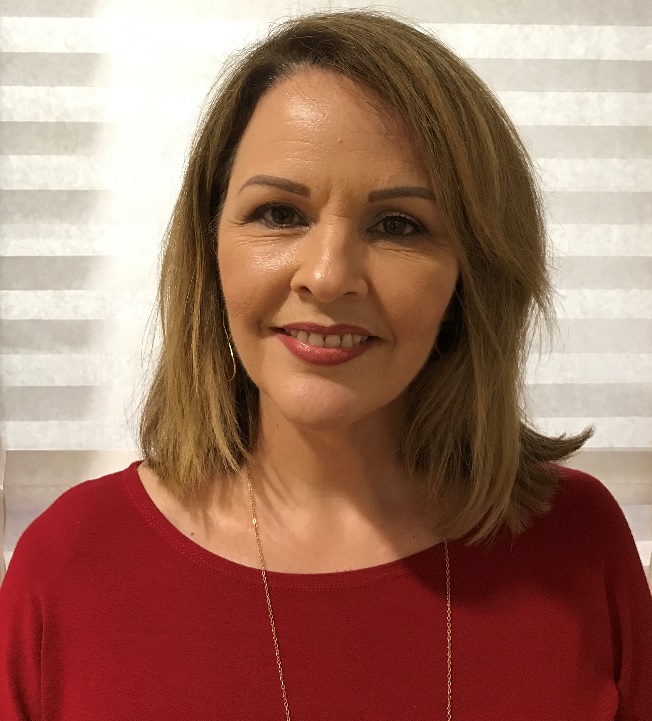 She graduated from Hawai’i Community College with a degree in Secretarial Science. Martha attended St. Joseph’s School in Hilo for 13 years where she graduated in 1982.

She served as Private Secretary to the Corporation Counsel from 2000-2016. One of her major accomplishments at the Corporation Counsel’s Office includes implementing a paperless electronic workflow process of legal files using a document imaging software that was later implemented throughout the County of Hawai’i. She received the “Run Smarter” award from Laserfiche Corporate for her efforts on making the office efficient, saving time and money.

Martha and her husband Francis live in Hilo and enjoy collecting and driving classic cars.

Joelle serves as the Private Secretary to Managing Director Roy Takemoto. Prior to her current role, she was a Legal Clerk III with the Office of the Corporation Counsel.

Originally from California where she worked for the State of California with the Department of Social Services, Senior Care Licensing Program, Joelle enjoyed working with the elderly and eventually became an Administrator for a senior care home specializing for people with psychiatric disorders. In 2011 she had the opportunity to move to Hawaiʻi where she met her future husband Wayne.

Joelle is happily married and resides in Hilo. Their hobbies include attending comic cons, fishing and collecting classic cars. 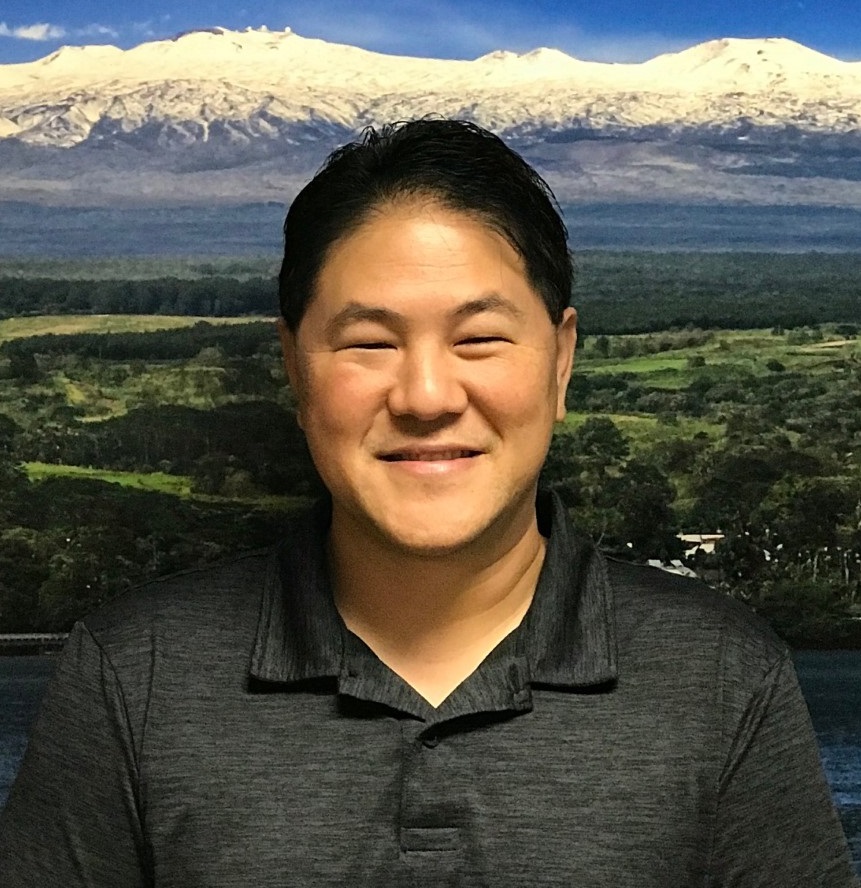 Kalen Koga serves as an aid to the Executive Assistant's. He has been with the County since 2014 starting off as a Council Aide, then Support Services Clerk. Prior to his current role, he was an Information and Assistance Clerk for the Office of Aging. Kalen was born and raised in Hilo and graduated from Waiakea High School. He later attended the University of Nevada, Las Vegas where he graduated with a Bachelor's Degree in Communications. Kalen is a classic car enthusiast and enjoys coordinating and providing music for all types of events.

Amber Kepoo was born and raised in Kaumana and is happily married to her high-school sweetheart Sean. Prior to her current role as one half of the Clerical Services Assistants in the Mayor’s office, she worked as a Council Aide. Amber has a passion for reading, as well as traveling and enjoying time spent with her family and friends in the outdoors. She is gracious to be able to expand her knowledge in the government field as well as follow in the footsteps of family members before her in the County of Hawaii. 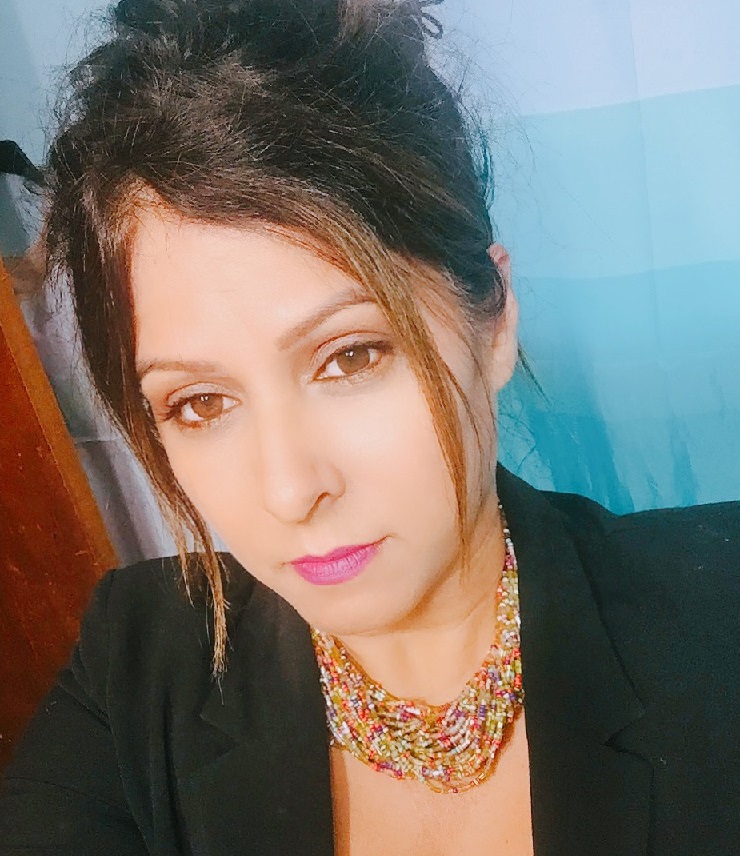 Jonnette Soares-Padilla is the other half of the Clerical Services Assistants in the Mayor’s Office.  Her previous career, for 23 years, was empowering women to feel and look their best in their own skin.   She enjoys cooking and is very creative in crafts.  In addition, Jonnette loves building memories and spending time with her children. Jonnette is very creative and always adds a special touch with her decorations at the Mayor's Office. 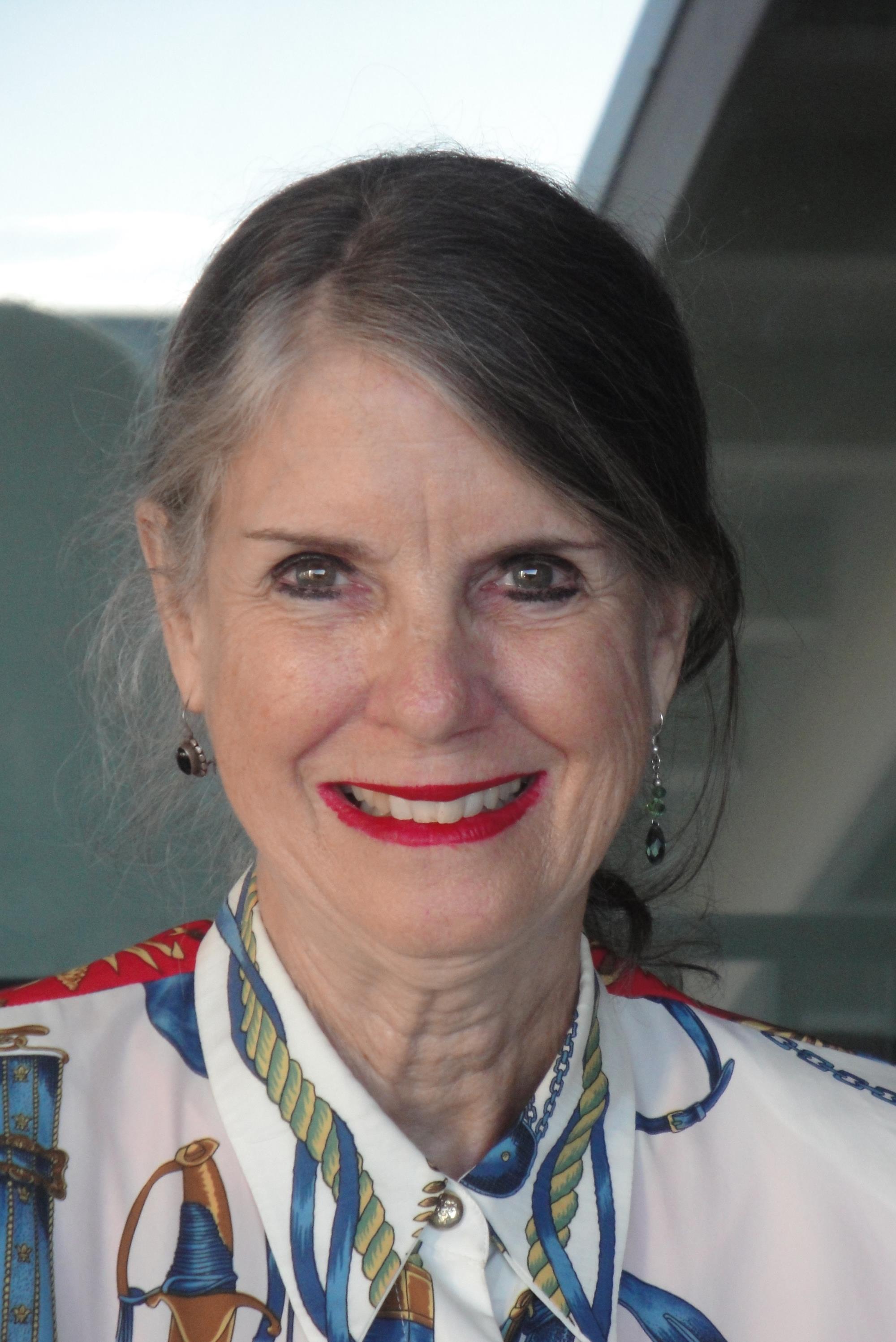 Megan was born in Honolulu but raised on the Island of Hawai‘i. She spent many years researching Hawaiian history and photographing the Kona district and its people. Megan has worked front desk for the Mayor’s Kona office since 2007. 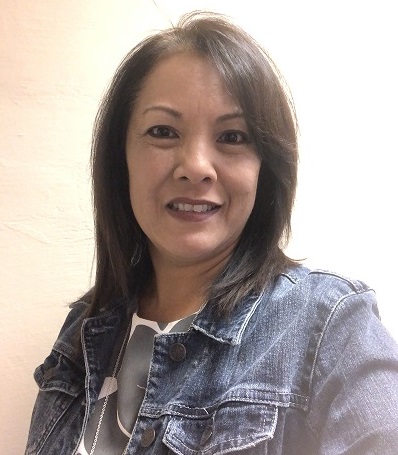 Sharon L. Hirota, is an Executive Assistant to Mayor Harry Kim.  Prior to joining the Administration, Sharon worked at the Office of Housing and Community Development for 16 years.

She managed the Existing Housing Division, which is responsible for the management of federal, state, county and private grants that primarily benefit low- and moderate-income persons.

Hirota developed and implemented the County of Hawaii’s Financial Initiative Program, which connects community members to free financial counseling services. She has also represented the county on the local and State Continuum of Care Executive Committee, and facilitates the county’s Coordinated Entry System to address homelessness.

In her spare time, she enjoys spending time with her family and her precious grandchildren. 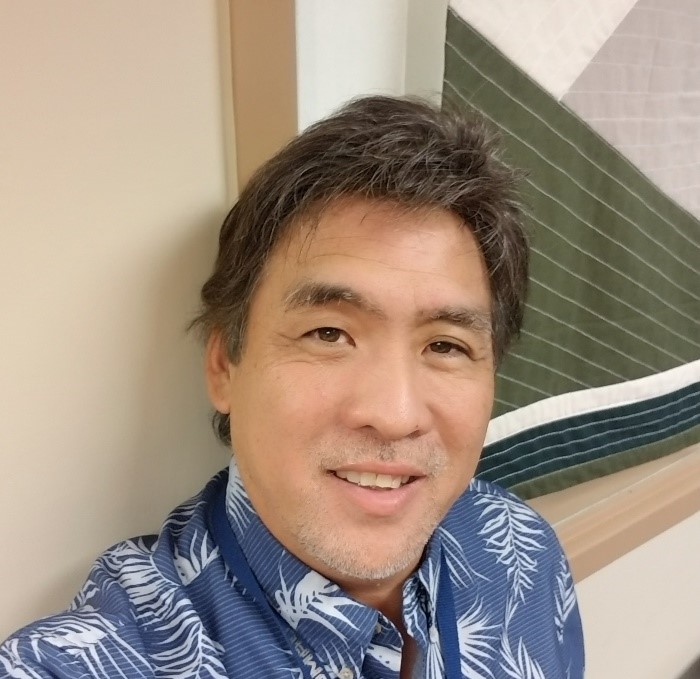 Barett Otani serves as an Executive Assistant to Mayor Kim.  He was born and raised in Hilo and graduated from the University of Hawai‘i at Hilo with a Bachelor’s Degree in Speech/Communications.

Barett has served as the Information and Education Specialist for the Department of Public Works since 2015 and has worked at Waiakea Elementary School as the school activities coordinator and also served as substitute teacher.  Barett also was the owner of a food distribution business for more than 20 years, and the producer of KTA’s “Living in Paradise” TV program for the past 19 years.  He also plays music professionally and has been entertaining with his band Vizion 2020 for the past 25 years.